HR Noise 7: How to Ground

Do it all with your responsibility. In Japan, certified electricians only can replace outlets in accordance with the law because of fire risk and possible electric shock. This case has no replacement of any outlet and no activity violating the law. 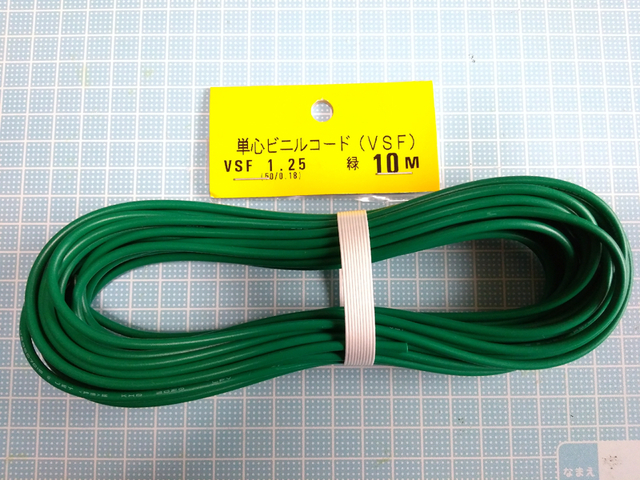 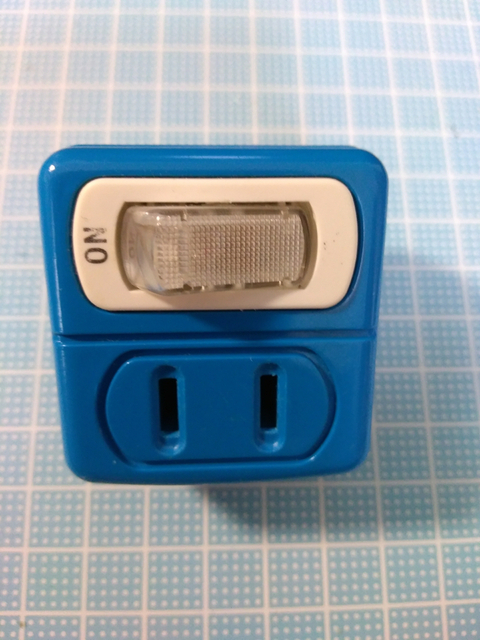 I bought a 1.25mm2 10 meters single core vinyl cord (green cord). Japanese regular wall outlets (100V 15A) have no blade for grounding like the two-pronged tap above. So, audio enthusiasts are trying to ground in the best way for reducing noise and listen to excellent sound. You can see that actual outlet has longer left holes which is neutral wire and grounded at the transformer outside of your house.

It's a type of 100V 20A three-pronged outlet not to have accidental electric shock, and placed typically in wet places or for air conditioners. The outlet is grounded at the land under your house. It's called as the D class grounding and having resistance up to 100 ohm. This also has the point for grounding (In Japan, "アース (earthing)" means grounding). Fortunately, there is the outlet in my room. I bolted the green cord and lined it to my desk. Note that I didn't tacked the green cord to the wall because tacking is recognized as adding an electrical equipment which is built by certified electricians only.

Another side of the green cord on my desk. The cord is connected to a Kasuga Denki T1008 terminal stand through a Nichifu 1.25Y-3 terminal for 1.25mm2 wires and to connect with M3 bolts. The white cord at the left has a 3.5mm stereo to ground my RasPi. The another cord has a Nichifu 1.25Y-3 terminal for grounding my DIY preamp. To check grounding, test between the terminal stand and the another 100V 15A outlet (plug a tap like above) by a 600V AC voltmeter and confirm that the voltmeter indicates 100V and 0V at another side. Note that screws in T1008 have slotted and Phillips combined heads. Several high-torque drivers have direction to fit with this combined hole. 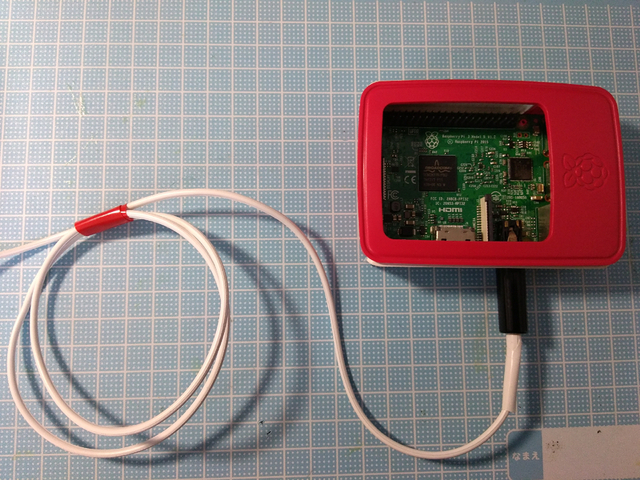 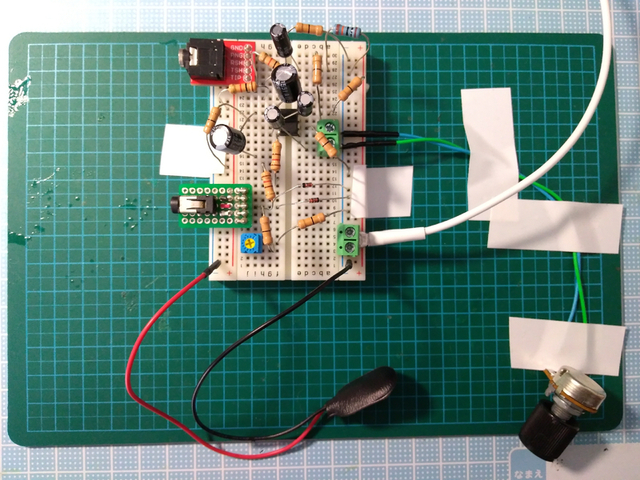 So, through grounding, I got less noise than no treatment. Especially, my RasPi becomes to have apparent stability because grounding helps to reduce signal errors inside the RasPi. However, grounding RasPi also makes common mode noise which comes from the high frequency signals inside the RasPi and flows to preamp from ground. To hide the common mode noise, add a ferrite core to the cord between the RasPi and the terminal stand and form a loop to make a choke coil against the high frequency noise.

High pitch noise sounds even after grounding. It seems to be from the PCs or its power supplies, but it is amplified by the resonance between the electric guitar and the preamp. By grounding, the sound seems to be reduced with other noises. To hide the resonance, make the distance between the two. String grounding by your hand will reduce noises in playing an electric guitar. However, the big effect of string grounding means higher impedance of grounding wires than string grounding against frequencies of noises. In the next step, I'll put a ferrite core on the cable between the guitar and the preamp for testing whether to reduce the high pitch noise. 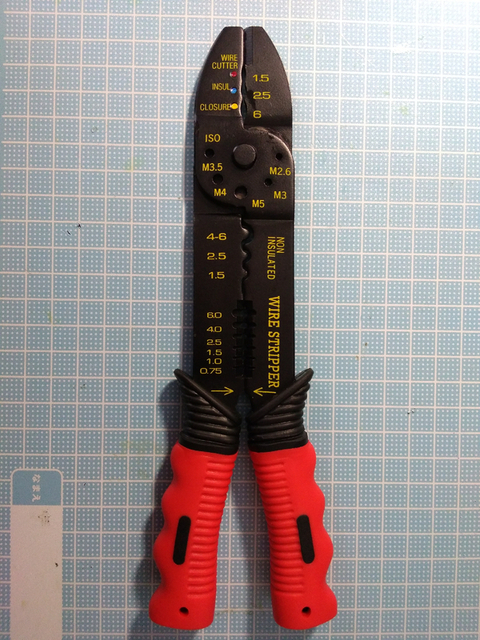