I have four works of customizing BST-1R after the initial setup, filing the nut, replacing strap buttons, replacing the jack, and maintaining tuners and the truss rod in the neck.

I filed slots of the nut for 1st to 3rd strings using nut files I also used for Les Paul SL. Especially, the first string sounded like a sitar guitar, and it was resolved by making a declining slope in the slot towards tuners. The detail is just the same as the work with my Les Paul SL. However, ST style guitars have no neck angle comparing to other guitars such as Les Paul, and the neck with no angle needs slots precisely filed to reduce chattering sound. Besides, ST style guitars have no headstock angle, and 1st and 2nd strings have guides, effecting raw sound.

Strap buttons in factory settings tends to be rusted. I replaced these with EP13C distributed by SCUD. 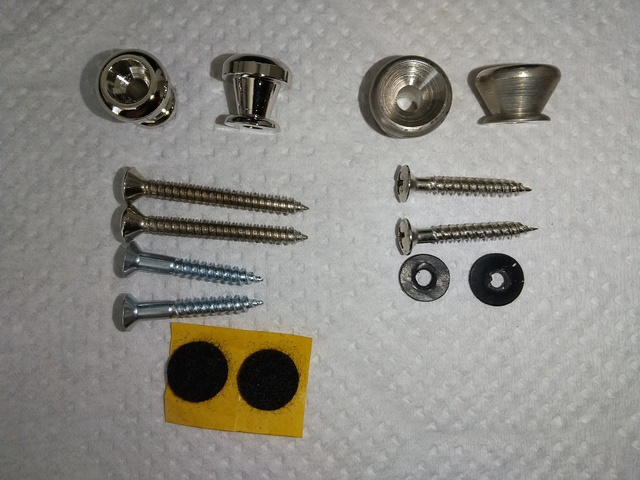 Right: Buttons with screws and pads in factory settings. Screws seem to be JIS M3.5 25mm oval head for woods.

Not to break threaded holes, I used Yahata Unichrome M3.5 25mm dish head (JIS B 1112:1995). Note that Unichorme is zinc plating with chromate conversion coating. Fasten screws well to fit buttons with the body of the guitar. Check buttons whether these can be accidentally turned or not to know how these are fastened after setting. Felt pads are adhesive. I attached felt pads to buttons. Note that I dropped a superglue "a little" to edges of existing holes and dried it "perfectly" before setting EP13C by screw. 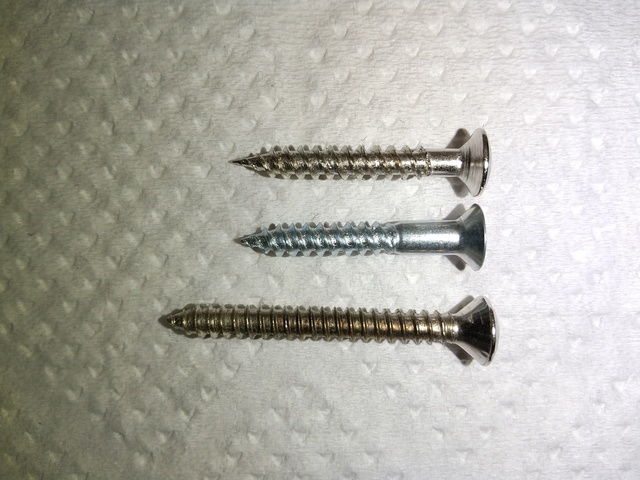 Lower: Attached Screw with EP13C. This seems to be inch-based North American wood screw (Gauge #5 Thread Pitch 1/8" Length 1-1/4 Oval Head). To identify the screw, I checked the length of the pitch of the thread by measuring 10 threads rather than the diameter because diameters of standard gauged screws are close to next and last gauges. First of all, check the purpose of fasteners (screws or bolts) to know the type. North American fasteners have Wood, UNC (Unified Coarse), UNF (Unified Fine), UNEF (Unified Extra Fine), and so on by different pitches.

you can watch the diameter of EP13C is smaller than buttons in factory settings. However, I think good with using a strap lock because the length is longer. 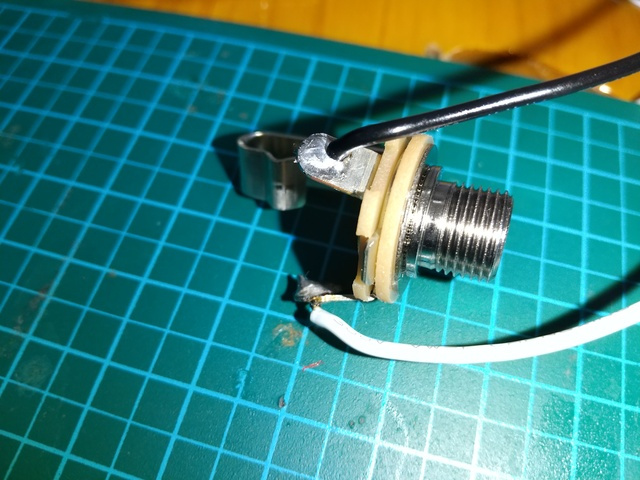 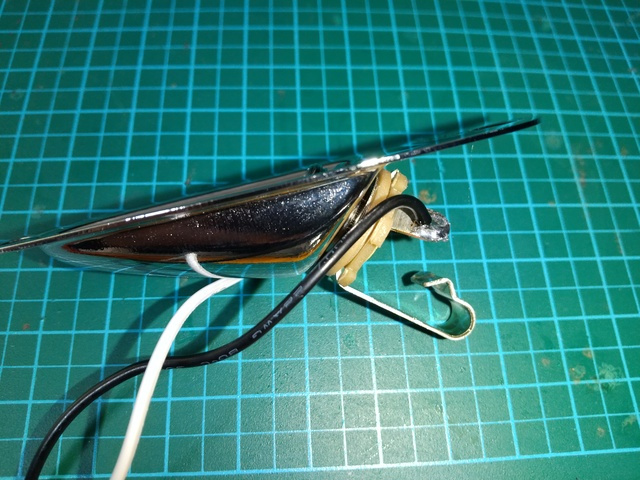 Wires trail the under sides of the jack plate. Make sure not to put wires between the jack plate and the outside of the cavity on setting.

To fasten the nut of the Switchcraft #11 Jack from the outside of the jack plate, 13mm socket wrench is needed.

One of tuners in factory settings was difficult to turn a little. I guess it's on the inner grease, and rotomatic tuners don't need to be maintained. However, I used ISO VG 10 spindle oil a little to tuner posts of pegs. I took torques of peg bolts hard for stable tuning by fastening screws of pegs. Besides, the nut of the truss rod needs to be cleaned. I used a 5-56 lubricant to spray oil on the nut. Caution that 5-56 is not recommended for any wood part. Anyway, oil causes slippy. Make sure to use oil slightly not to slip down your guitar.

By the way, we're enjoying guitars made of woods, and we need to learn woods well. Look out trees on the picture as shown below. 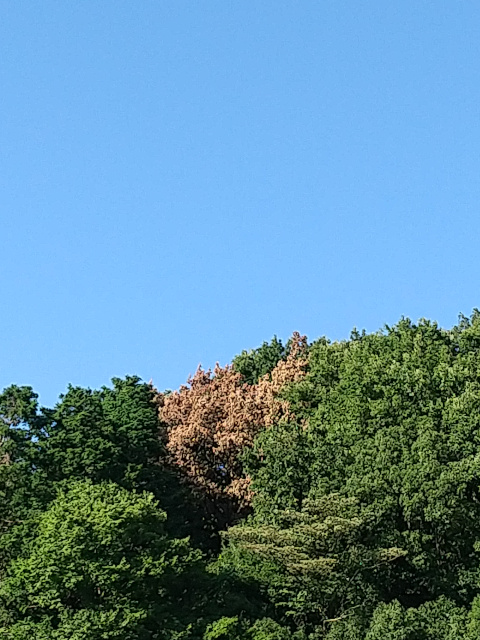 It's on the late July 2021 at the somewhere of Honshu of Japan.

The tree on the center seems to be died. Honsyu has broad leaf forest, and the tree seems to be oak. Oak trees are popular around human territories because these trees are used for human activities such as charcoal. In the time when charcoal is the main fuel in human activities, the life of oak trees are cyclical, but now the oak trees live for a long time. Old oak trees have big trunks, and are possibly intervened by insects easier than young trees, these insects have toxic bacteria, causing oak tree's dead. There is no ecology on this story because available trees are going dead, and there is a underlying cause that the disease hasn't ended even now. Don't forget that the disease is characterized as the syndrome of urbanization, e.g., in term of human gathering. We should choose a life with ecological reasons even the market dislikes the thought of people. Remember the 2008 financial crisis that was triggered on the start of success of Millennials who "mainly" take enough ecology rather than urbanization. This crisis was so "predictable" to Millennials because it was like what old-stagers of a declining league lynched rookies after each calling individually. The prediction of Millennials in that days was just no sense of ecology among old-stagers. This also means we are going to meet the end of tasting whiskey in oak barrels right now. We need to know why IT, a bunch of high technologies about communications, has gotten "special treatments" from markets and governments. They unconsciously, or intentionally, treat IT that will release people from urbanization that has the dead end in view of ecology. If you are IT people, you're actually happy with markets, but I don't recommend you to think of the system for your happiness shallowly. Markets may give you rewards, and may also limit your life that is preferred to achieve your ideal goal. One reason of the disease is compensations form markets and governments too, but this reason is just shallow like the thought of IT's privilege. People can't surpass nature because people are just in nature. Actions of people to nature are just induced by nature, and these benefit nature in the result even if people have bad faith. People are gears of the machine for the homeostasis of nature. However, the intellectualism in this civilization used to deny the figure of people who are under nature. For example, dwarfs and elves are described as people-like entities outside of human territories by myths. However, they're just the mirror of people who are members of human territories protected by the intellectualism, and the figure of them implies people outside of the "intellectually safe" area. Yes, the disease is just the threat in the intellectualism without radical thoughts, and the begging for an indulgence to keep propellant of this world that need to conquer nature, at least on the surface.