In my project of Raspberry Pi Pico, I'm making guitar pedals. The code has already done, and I'm plotting the hardware right now. I coated an aluminum enclosure by waterborne acrylics which I bought at a 100 yen (110 yen = 1 dollar these days) shop. The color are 80ml (2.7 fluid ounce) of red, and the rest of black which I used the past project. The box has same sized as Hammond 1590BB aluminum box. I bought the box with one on the past project. Note that I coated the box for 8 days in mid June. In general, the weather is fine and good to dry coating, and it's for avoiding to peel off the surface to coat.

* I also have my Project of Raspberry Pi Zero, 2B, and 3B. I've recently stopped this project because these achievements are just experimental. BCM2835 of Zero, BCM2836 of 2B, BCM2837 of 3B are nice SoCs, but there are several black boxes. Binary codes to operate several units of SoCs are mainly for Linux. However, if these SoCs reaches long-life popularity, I would resume this project, but it's the term like whiskey aged in an oak barrel. 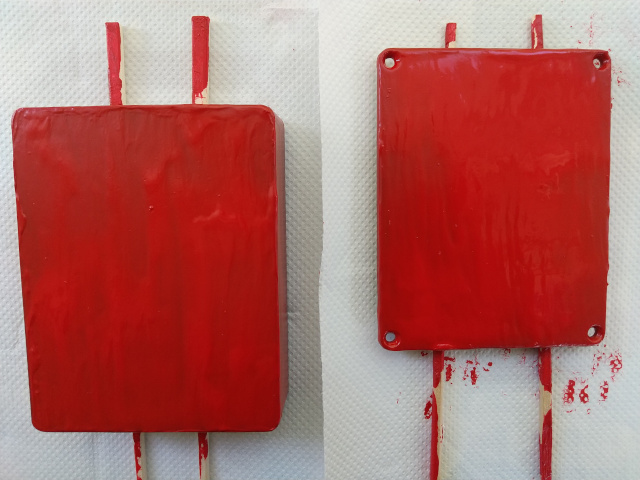 Day 1: It was clear in mid June. After washing the box and the lid to remove oil, I used a sponge roller to paint. Waited for 20 hours and later to repaint. 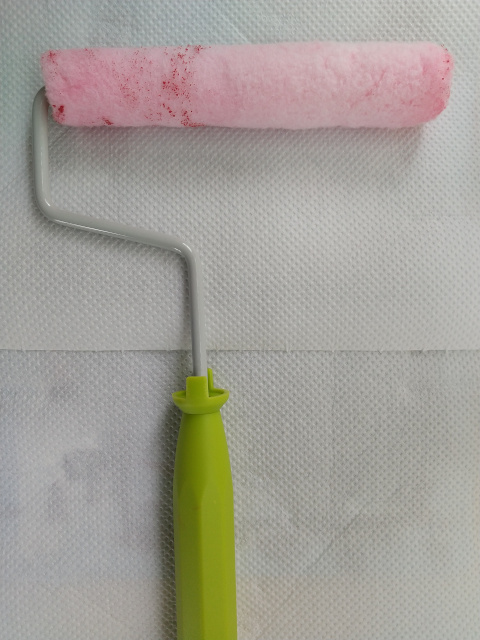 The sponge roller (15cm wide) sponged much paint, it wasn't good to save 80ml of red. I recommend to use a brush under dry weather. Note that I used a 30mm multipurpose brush which I used in the past project afterwards. 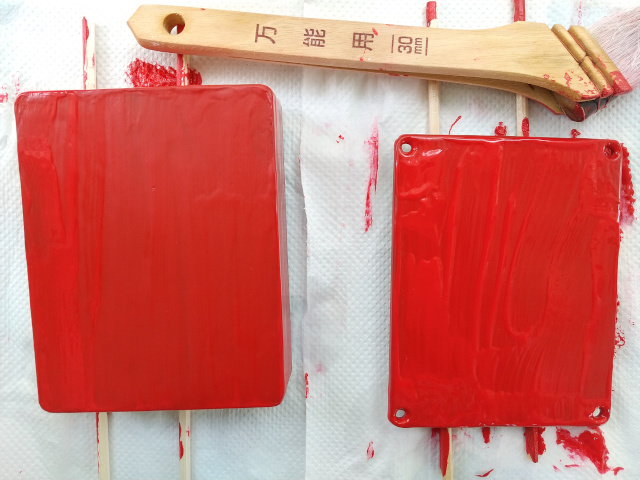 Day 3: Just same as Day 2 except a small brush to touch up. As you can see, the shade had already existed.

Day 5: Repainted by red without sanding.

Day 6 (2): Afternoon with the half dried box (approx. 4 hours later), sanded by #600 waterproof to make shade patterns. A side that metal appeared was repainted by black. After sanding with water, use paper towel to dry. Otherwise colors run. Caution that half dried acrylics were peeled off and took care of draining these acrylics not to block draining. Sanding your fully dried box is the best to work. 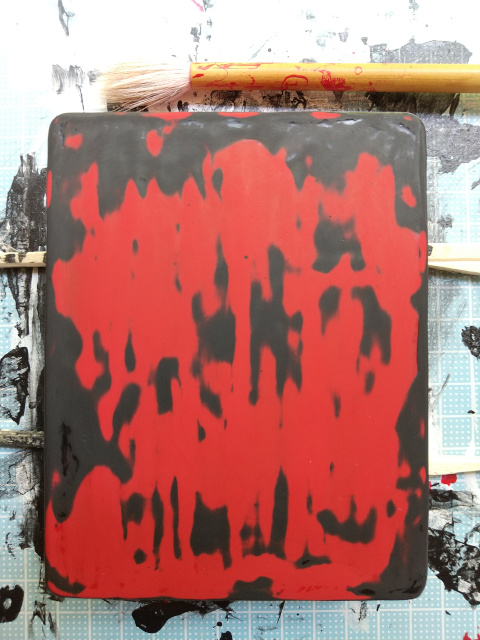 Small Brush above Box: Note that color patterns are vague. If you want spots of another color, waxing the surface before painting by another color would work. However, spotting needs much time to be dried, and you need to test this technique on any small piece of wood. 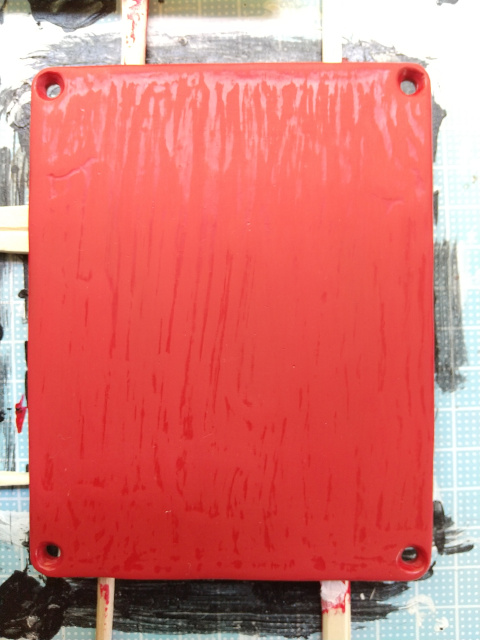