So, watching Ken Block's Gimkhana, I eventually reached an answer that I'm in the Nerd Generation (NGen). I surprisingly remember that NGen has not been changed even if we're spending decades of years and sandwiched by strangers. On the next window of his drifting video, we're spending in such a zoo gaming. If strangers are trying to FIT SOMETHING FOR THE TIME WITH US, it's the answer what we're. At all, I've ever earned something by driving a car. That is, no need to get good or wrong on driving as long as taking safe driving.

Not only watching and sleeping, I also wrote documents which describe musical scales for guitars. 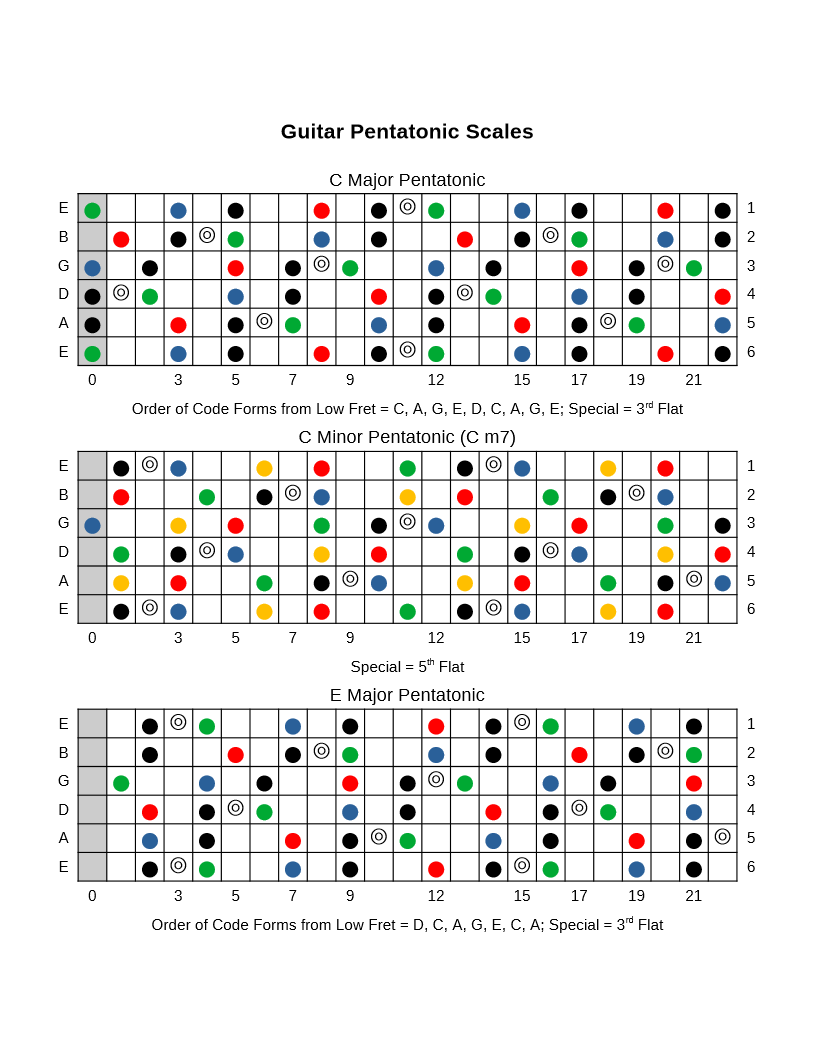 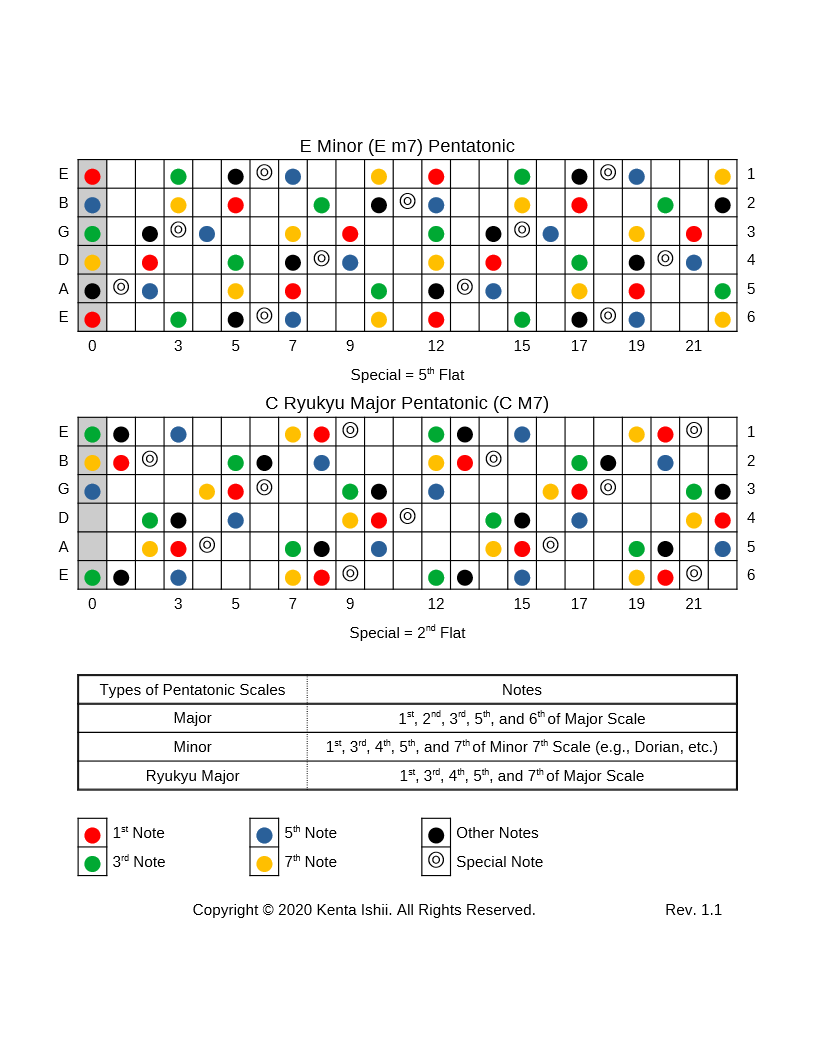 I picked major, minor, and Ryukyu major in the pentatonic document. Coloring of dots are to visualize notes to be used typically on the end of chunks of phrases. That means you can play phrases with colored dots. I added a special note to each pentas. Special notes in major and minor are additional blue notes to be played in many sessions. Note that the 5 fingering forms of the major are the same as the minor even if you add the blue note. The minor with the special note covers the flat 5th note, so it can be applied in diminished 7th chords. As long as selecting a suitable root, the minor can be applied in a lot of chords even in major chords. The special note in Ryuku major is to emphasis so-called "exotic" color. The Ryuku major is also seemed to be geometrical for playability with shredding. I think the scale or its relative is used by the scene. The arpeggio at 12th fret E position can be swept using hammering on and pulling off. Ryukyu, a kingdom, is the old name of Okinawa, southern islands from Japan. Ryukyu had the hub port for the maritime trade between the mainland and islands in the eastern Asia. Its music of Ryukyu is characterized by the unique scale with the sanshine, a string instrument. The place also established the karate, a martial art. Ryukyu was invaded by Satsuma, a Japanese daimyo's army in the 17th century.